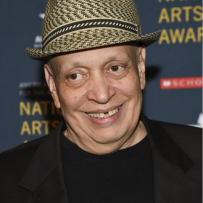 NEW YORK (AP) — Walter Mosley is receiving an honorary National Book Award, cited for dozens of books which range from science fiction and erotica to the acclaimed mystery series that has followed the life of Los Angeles private detective Ezekiel “Easy” Rawlins.

The 68-year-old Mosley, whose works include the novels “Devil In a Blue Dress” and “Down the River Unto the Sea” and the nonfiction “Twelve Steps Toward Political Revelation,” has won the Medal for Distinguished Contribution to American Letters, which has been given to Toni Morrison, Robert Caro and Arthur Miller among others. The National Book Awards are presented by the non-profit National Book Foundation.

The first Black man to win the lifetime achievement medal in its 32 year history, Mosley is among the most acclaimed crime novelists of his time, even if he rejects being called anything but a writer. He has received numerous prizes, from an Edgar Award for best mystery novel to an O. Henry prize for short stories to a Grammy for his liner notes to the Richard Pryor anthology “… And It’s Deep Too!” He is also well known to National Book Awards officials, having formerly served on the Foundation’s board of directors and once hosting the awards ceremony. But like such previous medal winners as Ray Bradbury and Elmore Leonard, he has never been nominated for a National Book Award in a competitive category.

Mosley knows well the reason: Crime fiction is usually bypassed when lists for a year’s best books are considered.

“I mean the genres are treated like something else, not real literature,” he said during a recent telephone interview from his home in Los Angeles.

“Mosley is undeniably prolific, but what sets his work apart is his examination of both complex issues and intimate realities through the lens of characters in his fiction, as well as his accomplished historical narrative works and essays,” Lucas said. “His oeuvre and his lived experience are distinctly part of the American experience. And as such, his contributions to our culture make him more than worthy of the Foundation’s Medal for Distinguished Contribution to American Letters.”

Mosley doesn’t see himself as a crime novelist even when he’s writing about Rawlins, through whom he has explored Los Angeles and the country in the post-World War II era. He thinks of his books less for their plots than for the composite view they offer of Black men in the U.S., or more specifically Black heroes, whether Rawlins, the philosopher Socrates Fortlow or the mail clerk in the short story, “Pet Fly,” part of his upcoming collection “The Awkward Black Man.”

“When I think about writers like Dashiell Hammett, Raymond Chandler and Ross Macdonald, I don’t like those writers because they are crime writers but because of what they tell me about people. In my own work, I’m actually trying to understand human nature,” he says, adding that he considers “The Awkward Black Man” a showcase for “Black characters who don’t make it into the stories we tell.”

As always, Mosley is busy working on future books, including another Easy Rawlins novel, set in Los Angeles during the late 1960s. It’s a chance for Mosley to revisit an era of protests against the Vietnam War, and to see it through the perspective of Rawlins, a World War II veteran.

“Easy changes as he gets older and the world changes, so dealing with that world becomes a different thing,” Mosley says. “I’m always writing about something new and my character hopefully has some things to say. When I started working on the Rawlins novels, I had been talking about my father, but after (the 2007 novel) ‘Blonde Faith’ I realized I was talking about myself.”

Mosley will formally receive the medal during a Nov. 18 ceremony that will be held online because of the coronavirus pandemic. Mosley’s friend and fellow author Edwidge Danticat will introduce him. The Foundation also will honor Carolyn Reidy, the late CEO of Simon & Schuster, who will be given the Literarian Award for outstanding service on behalf of books and reading.